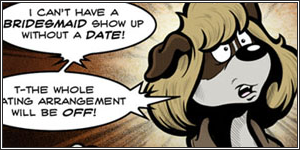 Information : Sissy and Ruby have been close friends since they first met in the Agency Entrance Training class. The more feminine of the pair, Sissy is fond of frilly things. She's also a hopeless romantic who's concerned over Ruby's current lack of an intimate relationship. While she appears a bit overbearing at times, Sissy truly cares for Ruby and has her best interest in mind. She's one of the few people at the agency who knows Ruby's darkest secrets.

Sissy is currently an agent-in-training assigned to Donald Harris.