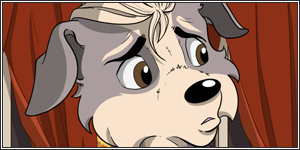 Information : Robert Allen served as a batman to Lord Yaxley during WWII and would have continued working for him after the war if not for Lord Yaxley already having a valet. After the war ended, he worked in the Palace as a butler, a position Michael Pyrenees helped him secure. He's since become a confidant and adviser to Moraine.

Robert Allen is married to Emily Allen (nee Brown). He's related to the Pyrenees clan on his mother's side and is a cousin of Michael Pyrenees.