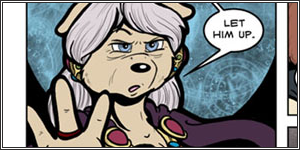 Information : Raewyn is the current Queen of Astoria. While willing to set up a trade treaty with RCSI, she is not fond of the agency nor its conditions, especially those in regard to Astoria's policy towards outsiders. She has been known to refer to Queen Moraine of Britain as a "soft hearted, weak willed twit." Concern for the decline of magic in Astoria has lead Her Majesty to put aside personal feelings and open contact with Britain, though her motives may turn out to be more personal that RCSI would like.

Originally of House al'Melis, she married into the Royal House of al'Gera as a political tie.