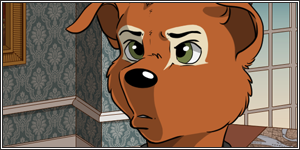 Information : Michael Pyrenees was one of the original core group of agents in the 1940's. He was formerly RAF until he was grounded for destroying too many planes. While he brought down many of the Luftwaffe, he tended to fly his own planes into the ground, either through excessive damage or refusal to abandon a fight even if his fuel tank was running dry.

After being grounded, he was transferred to MI-5. Michael originally disregarded Jacob Roderick and the budding agency as a joke, until he had a chance encounter with the ghost of Jack the Ripper. The meeting making a believer out of him, he promptly asked to join RCSI's ranks. Michael led the first diplomatic mission to Brumborg.

Michael is one of five children. He's the father of Joshua Pyrenees and the grandfather of Ruby and Elizabeth. Retired.