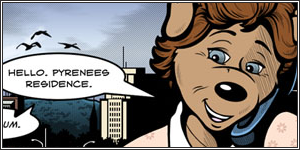 Information : Marilyn met Joshua Pyrenees while in Astoria and quickly fell in love. After escaping from Astoria, she settled down with him in London. She eventually moved back to the States after Joshua's death.

She's the mother of Ruby and Elizabeth.