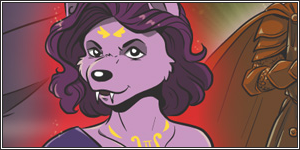 Information : The Aspect of the Muse. In the early days Leanan Sidhe would be approached by mortals who wanted to gain fame and fortune as bards and musicians. Her blessing would grant these mortals a silver tongue, perfect pitch, and the inspiration to write music for the ages. One year after their bargain with the Leanan Sidhe, these mortals would slip into madness and be claimed by the Fey muse. She would drag them to the Fey Realm and take their blood, much like a vampire.

In modern times Leanan Sidhe still lends her boons to musicians, however she tends to be drawn more towards the British Punk and Underground rock scene, where the aggressive musical styles and anti-authority attitudes make for good choices in victims.