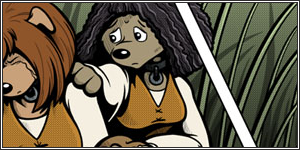 Information : Felisha was a Jive-talking, strong-willed woman who found herself stuck in Astoria in the 1970's. She's since become an avid defender of people's rights and has devoted herself to aiding victims of trafficking.