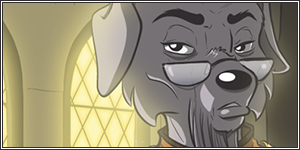 Information : Lord Cedric was the previous head of the Astorian Mage Academy. He is very against the treaty with Britain for political, as well as personal, reasons. His xenophobia against Britain is well known within the Astorian court and is believed by many to stem from a series of events that happened in the 1970's between him and Joshua Pyrenees.

He is originally of House al'Kellis and is related to Queen Raewyn by marriage.